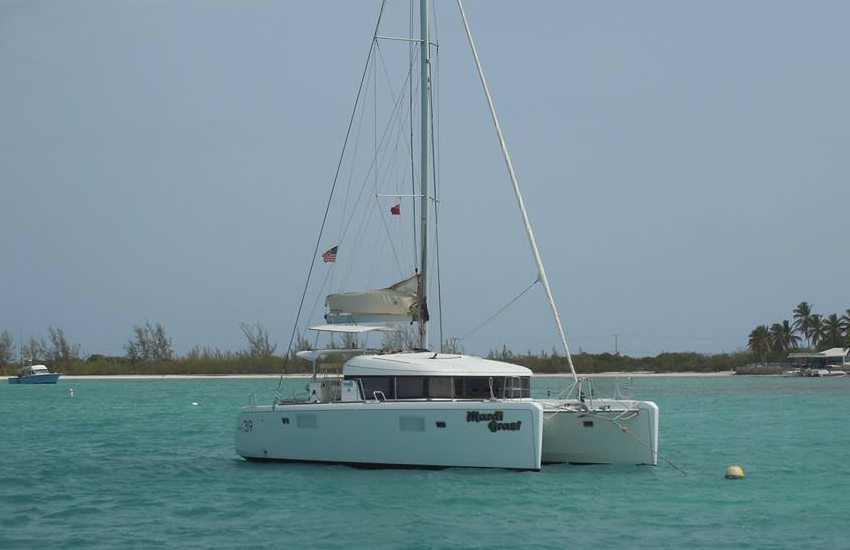 I purchased a Lagoon sailboat from Don Pietrykowski from TMM in 2013. I was very pleased with the overall experience. Deciding on what sailboat manufacturer and model is very challenging and to make it even more challenging we decided to do this as a business venture as well.

This journey started like most do I'm sure, a bareboat sailing vacation in the BVI. By chance, our first bareboat charter was on a boat in TMM"s fleet. When I returned home I had many conversations about yacht ownership with the owner of the boat we chartered. We soon booked another charter and on our return to the TMM base, I had a brief conversion with Don about their charter management program. Continued from here...

Don handed me a folder with some good info about the program to read on the flight home. My first thoughts about ownership were to purchase a 5 year old boat and place it in their fleet. I discussed this with Don, he identified the challenges of placing an older boat in the fleet; higher maintenance costs and lower utilization (everyone wants to charter the newer boats). I then began considering a new yacht. Don provided reams of data on charter income and expense from boats in TMM's fleet.

We set our sights on a Lagoon 450 and made plans to go to the Annapolis Sailboat Show. Prior to the show, I began investigating financing options. I quickly realized there were very few lenders willing to finance a boat in full time charter service in another country. Don suggested I discuss my finance needs with SGB.

Don met me in Annapolis and showed me the Lagoon 450. It was a beautiful yacht! He also introduced me to Barney and Lin Crook, Directors of TMM. I soon realized that the Lagoon 450 was too much boat for our first venture into the charter yacht business. I continued to stay in touch with Don and shortly after the show learned from Don that Lagoon was planning to debut some new models in the Paris Show in December '12. When the L-39 info was finally released to the public, I was pleased with what I saw. I made plans to attend the Miami Boat Show in Jan and Don agreed to meet me there as well. after seeing the Lagoon 39, Don and I struck a deal and placed the order with Lagoon with an expected factory completion date of late summer 2013.

Don stayed in touch over the next several months. He had previously cautioned me about info and updates from Lagoon concerning the construction phase would be little to none, this proved to be true. Barney with TMM notified me when he received word that our boat was nearing completion and arranged a delivery crew to sail her from France to Tortola. Barney also provided frequent updates on the position and status during the journey. Our first images of our yacht were taken by Don when the delivery crew arrived at TMM. Don promptly emailed these and gave me a call to inform me of the good news.

My wife and I flew to Tortola shortly after she arrived and were welcomed by the entire staff. TMM had the yacht spotless when we arrived, they even left us a nice fruit basket and card. The service and support after the sale at TMM has been top shelf. For example: during the Atlantic crossing, the delivery crew reported an issue with a sail track car - TMM had the part ordered on the same day they were informed of this issue and had it installed prior to our arrival. The Lagoon sales literature indicated that a manual winch would be installed to hoist the dinghy. The boat arrived without this winch. TMM tried to negotiate with Lagoon to provide a winch but was not successful. Without me asking, Barney offered to provide and install the winch at no cost to me, out of his pocket, now that's integrity!

My experience with Don was like no other regarding a salesman. Don was always available to discuss any questions, if he did not know the answer he said he didn't know but found out the answer in short order. He was honest about what to expect. Our conversations never felt like he was pushing a product or trying to hurry and close the deal. We became friends throughout this process.

All information is believed to be correct but not guaranteed.